Blog
You are here: Home / Blog / Reader Submissions / Being a Teenager

Almost spitting with bitterness forty years after the fact, an aunt told me recently about a man she saw at a high school reunion. “He used to call me pimple on a stick!” she cried. I had to laugh. At thirteen I would have traded her my good complexion in a minute to have been called a stick.

Remember those days? Too young to be in charge of your life and too old to play with toys anymore. You got your share of responsibility at the same time you were stuck with the rules of childhood. Riotous hormones wreaked havoc with your mood and complexion.

Just the same, our teenage years are important. They can even impact the rest of our lives.

In some cultures, entry into adolescence is celebrated. In Mexican culture, fifteen-year-old girls have a Quinceañera, for example, a social introduction that dates back to 500 B.C. Native Americans have different kinds of coming-of-age rituals. In some tribes young girls spend time alone fasting for up to two weeks. In isolation she can stay focused on her goal of having a vision. Once she has it she’s welcomed back with a feast and celebration. Through her, she is told, her people will live. 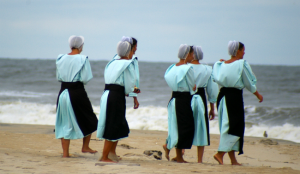 In some religions rituals to mark the transition to adulthood. Jewish thirteen-year-olds may have a Bar or a Bat Mitzvah to mark and celebrate their entry into the religious culture. In Amish culture, Rumspringa (literally, “running around”) starts at sixteen. It’s a several-year period when girls and boys can explore outside the bounds of their faith and culture before deciding whether or not to be baptized as Christians and give up “worldly ways.”

Coming of age is a long walk on that bridge between childhood and adulthood. All of the experiences along that bridge deepen our sense of ourselves as individuals.

When I was a teenager in the 1970s, we didn’t go to sock hops or drive-in movies. We went to rock concerts. My first one was a Yes concert at the LA Forum, in 1972. I couldn’t hear for an entire day afterwards and I couldn’t have been happier.

What are your standout coming of age experiences? I’m collecting coming of age stories for the next book in my 100 Years in the Life series, “TEENAGE GIRLS! Coming of Age Through a Century.” Like the first book in the series, this one will give a closeup look at life as its been in every decade of a century. Go to the submission page on the website for details. 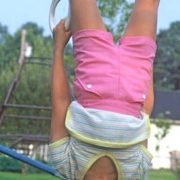 BUY NOW
What’s New About Being a Girl?