Blog
You are here: Home / Blog / Book Excerpts / Every Decade Has Its Flavor 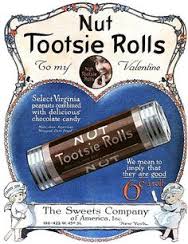 Every decade has its flavor, and in Girlhood in America the flavor of each decade between 1910 and 2010 is deliciously clear. The 1910s open the book, with a short history of the country that includes what life was like for girls under thirteen years old. Pop culture highlights follow at the start of every chapter, and after that you get to read first-person tales about the life and times by girls who were there, in the 1910s and all the way through the 2000s.

Here’s an excerpt from the start of Chapter 1: The 1910s. It’s worlds different from every other decade and it sets the stage for the six girls’ personal stories in this chapter, about kerosene lamps and rag dolls in coal mining country, about winning a parasol at a carnival in Wisconsin, about chasing horse-drawn fire engines in New York City, and much more.

The twentieth century is off to a running start in the Progressive Era, with extraordinary inventions that will change lives forever. Horse-drawn carriages and wagons travel wide, dusty streets and bumpy dirt roads. School buses are horse-drawn. Lamps are gas- or kerosene-powered until electricity comes in to light homes, and coal is used for heat. Wood-burning stoves also heat homes and bake bread, cook meals, warm bathwater, and heat irons. Indoor plumbing is rare outside of cities, and outhouses are the norm at homes and schools. Water is hand-pumped from wells.

The telephone is new and still fairly rare in homes in this decade. How do people stay in touch? By writing letters, which are dropped off and collected at local post offices. Long-distance mail is transported by horse-drawn wagon or train.

Schools are mostly one-room buildings, with all eight grades learning together, and for most, education ends after eighth grade. New high schools are built in smaller cities, but it won’t be until 1935 that 40 percent of the country’s population holds a high school diploma.

Health is a concern in these years before antibiotics and vaccines, and contagious diseases like smallpox, measles, rheumatic fever, whooping cough, scarlet fever, tuberculosis, and pneumonia threaten or take many lives. The Spanish flu epidemic in 1918 kills a quarter of the U.S. population, many of them children.

Who are the young girls residing in the country’s forty-eight states in 1910? To a great extent they’re first- and second-generation immigrants and the grandchildren and great-grandchildren of pioneers and slaves. Half the country’s population, some 45 million people, live rurally and in small towns New York tops the list as the biggest city, with Chicago and Philadelphia next in line, as they will be for decades.

World War I is on, and in 1917 the country enters it, with brothers and other relatives shipping overseas to fight. Some never return. History is made again when the war ends in 1919, the same year American women gain the right to vote with the passage of the 19th Amendment after a seventy-year battle. Once the 19th Amendment is made law, girls witness great change as their mothers not only vote at election time but become more actively involved in society in general.

For now, though, homemaking is women’s primary duty, and daughters are at their mother’s sides helping with chores and childcare. Babies are born at home, not in hospitals, and families tend to be large and often include live-at-home grandparents. Children may help out the family, too, by working in factories to bring home a bit of money. There are no employment age restrictions, and child labor is attractive to businesses because it’s cheap.

At home, girls help out in the kitchen, where bread is baked along with pies and cakes, and summer fruits and vegetables are canned for the rest of the year. Laundry is typically a two-day event, using water that’s hand-pumped from the well and heated on the wood-burning stove. Clothes are stirred in big buckets with shaved bar soap or laundry soap powder, then scrubbed, squeezed, and hung on long clotheslines to dry. The second day is ironing day, using weighty irons heated on the stovetop. Mom also spends a lot of time at the sewing machine, as most clothing is made at home on pedal-powered sewing machines, and girls are right there to help.

The pace of progress picks up mid-decade when families leave their horse-drawn buggies in the dust, replacing them with the new “horseless carriage” — the automobile, which bumps along unpaved wagon roadsat an unprecedented fifteen miles an hour. Automobiles built on Henry Ford’s first-ever assembly lines are the new horsepower, and by the end of the decade, when the price of cars drops significantly, more of them are in use and traffic lights go up in cities and towns.

In 1910, girls’ skirts and dresses hang to just below the knee. Blouses are simpler, with less fluff and ruffle than in earlier years, and fabrics are lighter and available in more colors. Buttons and tie-up laces are the only fasteners (no snaps or zippers), and they’re used for underclothes, too — petticoats and pantaloons. Leather button-up high tops and patent leather Mary Jane’s are common shoes.

Entertainment in this decade is self-made, with hopscotch, hide and seek, tag, skipping ropes (jump ropes), spinning tops, tree swings, and handmade dolls and paper dolls some favorite ways to have fun. Books are expensive, with hand-set type, and so are hand-cranked phonographs, for listening to wax cylinder records that play classical music and opera. If a family has a piano, girls often learn to play it for their own entertainment and to entertain at family gatherings.

When Dad has any pennies to spare, a girl may get to go to the candy shop for a bagful of penny candies, which are sold by the weight from bins. Chocolates aren’t available year-round in these days before refrigeration, but if she’s lucky, a girl may find a box of the new individually hand-wrapped Hershey’s Kisses or the new Tootsie Roll, which is “Made Clean, Kept Clean, Wrapped Dust Proof ”!

READ MORE … Girlhood in America: Personal Stories 1910 – 2010 is available now at Amazon and online bookstores including Barnes and Noble, on e-books, and directly from the author. 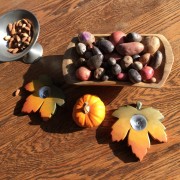 BUY NOW
Halloween Across a Century

Thanksgiving Without Electricity
Scroll to top