Blog
You are here: Home / Blog / Book Excerpts / Halloween Across a Century 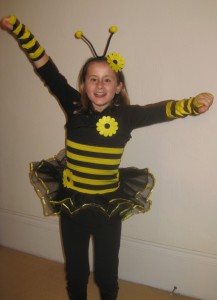 Two thousand years ago, the Celts celebrated Samhain, their New Year, on October 31st. This day marked the end of summer and the harvest and the beginning of the dark, cold winter, a time of year that was often associated with human death. It was believed that during the transition from one year to the next, the realms of the living and the dead would overlap, allowing the dead to roam the Earth again. During Samuin young men impersonating evil spirits dressed up in costumes or masks in an attempt to fool actual spirits into thinking they were spirits as well. This tradition morphed over the centuries into what eventually became what we know today as trick or treating.

Beginning in the Middle Ages, children and destitute adults would dress up during what had become known as Hallowmas and go door to door begging for food or money in exchange for songs and prayers, often said on behalf of the dead.  This was called “souling” and the children were called “soulers.”

I can’t think of a holiday I liked better as a kid than Halloween. Different kinds of candy dropped into my pillow case in exchange for a good costume and a knock at the door? In 1965, I was Pebbles, from “The Flinstones” cartoon, wearing a small clean knobby-ended bone tied into my curly brown hair just above my bangs. Another year I was a daisy, dressed in a green leotard and tights with a yellow crepe paper–covered cardboard hat my mother must have found a pattern for in Sunset magazine. I even had thorns it. My last Halloween costume was in 1971. I was a hippie, wearing bell bottoms and a T-shirt, a headband and a peace sign necklace, a flower drawn with lip pencil on my cheek. That big bagful of candy was tough to give up.

Three excerpts from Girlhood in America show Halloween across a century. Linnie Sternik (“Flour Bombs”) described her antics on a Halloween night during wartime in the 1940s.

Even with the war and all the rationing, my brothers and I found ways to have a good time together. One Halloween, we made flour bombs. Everything we needed to make the bombs was rationed, so we had to pilfer the fixings bit by bit from the pantry and my mother’s desk. We planned ahead and got everything ready in time for Halloween.
Here is the recipe: Carefully separate and spread out one paper napkin (rationed). Put one tablespoon white flour (rationed) in the middle of the paper napkin. Fold the napkin over the flour and twist it, tying it off with one rubber band (rationed) to hold the flour in the paper. This small bomb of flour is guaranteed to explode on impact.

Shannon Rose (“In the Heartland”) knocked on doors in the suburbs of Wyoming, Michigan in the 1950s.

Halloween was a great time, a chance to get dressed up in costume and run around the neighborhood with friends playing trick or treat. I was Davy Crockett one year, a cowboy another year, Zorro, a ghost, a devil, and a witch. After we went around a few blocks, I would meet [my brother] Randy back at the house and we’d dump out our bags to compare and trade. A Tootsie Roll was a good trade for a Tootsie Pop. The miniature candy bars and anything chocolate were the prized items. Nobody wanted an apple or an orange. Sometimes we’d get a popcorn ball the size of a tennis ball, or a homemade brownie or homemade cookies. I liked the ones with chocolate chips.

By the 1980s, homemade popcorn balls, small boxes of raisins and the occasional apple or orange was unimaginable. Candy was expected, and candy was given — but parents sent their kids out for the evening with a warning: don’t eat any candy until you get home and every piece of candy was inspected for tampering. Nicole (“Ms. Pac-Man Is IT!”) describes her experience with that as a young girl in Arkansas.

We’d get a costume at K-Mart — Wonder Woman was one of my favorites — and our mom or a relative would go with us while we went door to door trick-or-treating. We’d come home with huge bags of candies, all kinds, and we’d sort through them for what we liked best and trade some with each other. Then we started hearing about razor blades showing up in Halloween candies and people talked about poisoning. It was all over the news: check your candy. We still went out, but as soon as we got home the adults checked every piece of our candy to make sure everything looked okay.

Today, thirty years later, Halloween is still a night to remember. Trick or treating starts at sundown every October 31st, the littlest trick-or-treaters with their parents the first to knock at front doors up and down neighborhood streets.

What was one of your favorite Halloweens as a kid? Do you remember your most outrageous costume? What did you do for Halloween this year? Write your story!

Every Decade Has Its Flavor
Scroll to top